usic in the World of Avatar

Music is an important cultural aspect for all the nations in the Avatar World. A variety of musical instruments are played such as the Tsungi Horn and Pipa as well as a variety of songs. People from all the nations seem to enjoy playing music and it is one of the main sources of entertainment. 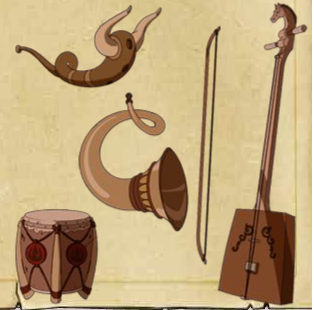 Songs in the World of Avatar
Songs are a traditional and cultural part of the World of Avatar. Some songs are ancient and passed down through the generations, while others are simply popular folk songs. Different cultures have unique songs deriving from their history, while many other songs are known by multiple cultures.